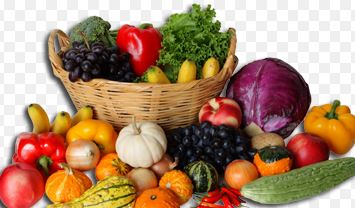 I just read a heated exchange on Facebook over a cartoon showing a long line of people at service window marked “Masks, gloves and vaccines” next to a service window marked “Build your immune system with proper diet, proper exercise, supplementation and rest.” The two sides argued over whether the traditional ways of getting and staying healthy — presumably the second window — could really stave off the impacts of COVID-19. I opted to like the few people who interjected: How about we do both?

My friend who posted the cartoon is very vocal in his opinions, especially about healthy living and how people want an easy fix like a pill or a shot instead of the harder work of changing our diets and working out. I agree that we would avoid a lot of disease if we put in more efforts to improve our nutrition and increase our physical activity. I agree that it is harder to do that than to hit the drive-thru and watch TV. But just telling people is NOT enough.

Knowing something is hard and being ready to put in the effort to conquer it does not necessarily set us up for success, or there would be significantly fewer overweight people. There is an entire science behind our habits, and it generally says that we don’t even realize when we are doing things to sabotage our efforts. I once read will power is like a limited resource that replenishes every day and gets used up throughout the day, especially if we waste it on things that are low priorities without realizing it. That’s why I can eat so healthy all day long and then at the end of the night I can’t resist chocolate. It’s been a longtime habit that I eat at night, and I tend to eat the least healthy at night than other times of the day. So I had to recognize this pattern and replace it with a new one — instead of trying to just ignore the craving (which scientists say does not work). I replaced the habit of eating sweets at night with a habit of reaching for trail mix or string cheese or apples at night. Maybe not as good as eating nothing, but certainly way better than eating ice cream or chips or granola bars (candy bars with a healthy name).

And that leads me to the next way to improve your health habits: don’t buy anything unhealthy at the grocery store. That means don’t go to the grocery store hungry; you will make much healthier choices if you eat a meal before shopping. Bring your list and stick to your list. I do stray from my list, but I do not buy cookies or chips or donuts or desserts. I don’t want them in my house. I’ve been avoiding desserts since my stint living in California when I met so many people who were much more conscientious about their food than the people I knew in the Midwest. Before that, I used to drink pop every day and thought that a large blueberry muffin was a healthy lunch. (It’s not. It’s a cupcake with a healthy name and no frosting.)

It is so much easier to avoid unhealthy food if it is NOT in your house. Even the entire time my kids were growing up, I did not buy snack foods unless it was once a year to get girl scout cookies or to prepare for a birthday party.  I wanted to avoid processed food when I was pregnant for the sake of my baby, and then I wanted to be the best possible role model for my kids’ eating habits after they were born. So that was my motivation. It’s not a switch I just turned on overnight. But I just kept reminding myself to grab some grapes or carrots or yogurt any time I craved a snack or dessert. And over time I replaced bad habits with good habits.

Simply eating lots of vegetables and fruits and doing some activity like taking a walk daily — while avoiding processed foods and limiting meats and not spending entire days sitting at a desk and then in a car and then on a couch — will really enable just about anyone to feel strong and energetic and healthy and avoid aches and pains and sickness. It is simple. But reaching for those vegetables and fruits instead of burgers and fries is not easy. Yet it can become so much more likely to be incorporated in your life if you take the time to understand your own habits and replace the negative ones with positive ones, one at a time.

It would sure save us all a lot of money, too, according to my friend, who summed up his post this way: “Our education system that creates so called experts is broken and in need of a complete overhaul. Both my brother-in-law and sister were medical doctors and had no training in nutrition and were pressured to meet prescription quotas like cops with speeding tickets.”

We all can agree that the outrageous expense of healthcare is hurting our economy and can devastate a family financially. So give it a try. Buy fresh vegetables and fruits every week and keep them stocked in your house. And reach for a banana the next time you want a donut. It may save you money and give you more meaningful years of life!

4 thoughts on “Living Healthy Is Simple But NOT Easy”