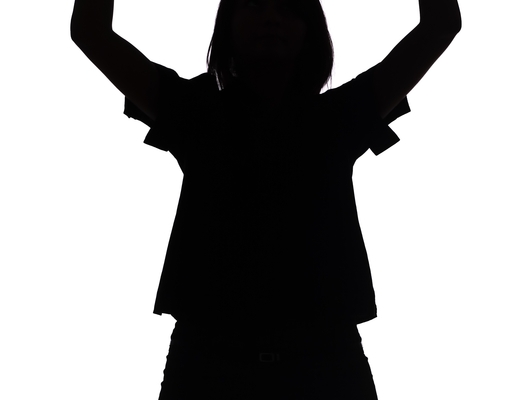 I just got passed up for a job… again… beat out by someone with less experience. Beat out by another woman. A woman with no children.

When I found out the name of the woman who got the job — the job I wanted so desperately, the job that fit me so perfectly, the job I was so close to getting after multiple conversations with the employer over a two-month period — I was compelled to find out if she had children or if she was even married.

When I found the answer — she has neither a husband nor children — I was somehow happy and sad at the same time. Relieved and frustrated. Resigned to failure and driven to try even harder. All in the same moment.

I don’t blame this woman. She has worked hard for 11 years to build up her career. I don’t blame the employer. The executive who interviewed me took the time to call me personally and explain what a strong candidate I was and how much the organization wanted to hire me. I was grateful she also shared with me who they hired and why — without me even asking. It didn’t ease the sting, but it gave me a clearer road map to where I’ve been and where I’m going and why I may need to change course and how it may be too late.

The employer hired someone without some key skills and experience that I have because she has a vast network of connections that will help her bring a competitive edge to the organization. I understood their motivation, and I instantly surmised that this woman was not a mother. I researched and confirmed my suspicion.

When I dug around and read about this single woman, I discovered (not surprisingly) all the time she appears to have had for years to develop a deep list of professional contacts through long work hours, regular social activities, industry and community engagement, and ongoing volunteer work — the kinds of things I bypass to be with my children. Sure, I take part in these kinds of activities on an occasional basis. But my day-to-day life has been dominated for 16 years by driving children, attending kids’ performances and sporting events, making meals and snacks, doing laundry, coordinating schedules, helping with homework and just being available and awake at home to play a game or listen to a concern or snuggle together watching a movie or take away electronics when necessary or insure my kids get to bed at a decent hour.

I don’t regret it. Not. A. Minute. Of. It. But every so often I get a slap in the face reminding me of what I sacrificed. Years ago I intellectually accepted that I was slowing down my career path when I switched from full-time to part-time work because I craved the kind of motherhood that included girl scout leader, soccer coach, room mom, and after school chats. But I never anticipated how hard it would be to return to work full-time. Or to find a decent-paying, full-time job.

We hear so much about wages for women being lower than wages for men, but we don’t hear how wages for mothers are even lower than those of woman who have no children.

In Working Mother magazine, writer Marisa LaScala found “the wage gap for mothers is wider than the gap for women in general, who earn on average 78 cents for every dollar a man makes. ‘Mothers who work full-time, year-round in the United States are paid just 71 cents for every dollar paid to fathers who work full-time, year-round,’ according to a report by the National Partnership for Women & Families. ‘Single mothers are paid just 58 cents for every dollar paid to fathers. And African American and Latina mothers suffer the biggest disparities, being paid just 54 cents and 49 cents, respectively, for every dollar paid to white, non-Hispanic fathers.’ And yet, women are increasingly responsible for household expenses; a recent report by the Working Mother Research Institute found that nearly 30 percent of partnered working mothers were breadwinning moms; financial responsibilities are even greater for single working mothers.”

That’s one reason this loss hurts so much. I crave a rejuvenation of my career, but even more importantly, I desperately need the income. My family desperately needs the income. Neither my husband nor I have held a full-time salaried position since the Great Recession of 2008. In the past two years, the main freelance clients that each of us counted on dried up. With both of us being 1099 employees, there is no unemployment safety net. So for months we’ve been scrambling — trying to stay afloat with four part-time jobs, three home-based businesses, and freelance writing work that all added together doesn’t equal the wage of one good, full-time job.

In the course of trying to find a full-time job and sending hundreds of resumes over the past year, I realize that few of those applications are even read. When I find a job that I know suits my background perfectly and pursue it with gusto by contacting everyone I know at the company, I usually find out it is being offered to an internal candidate or a job seeker who is already working full-time. Offered to a woman who didn’t take time off to raise a family. Or offered to a single woman. Or offered to a man.

If a man had gotten my dream job I recently was so close to attaining, I would not have felt compelled to find out of he had children. It wouldn’t have mattered. I would know that his career trajectory would have been the same whether he had children or not. He likely would have been afforded by his wife and his children the acceptance to work long hours, participate regularly in social activities, engage with his industry and community, and volunteer when it meant furthering his career network. A mother generally chooses children and family over such pursuits to accelerate her career. Some, like myself, make the choice consciously — not fully realizing the long-term effect. Others let external forces make the choice for them — bound by the guilt, shame, and simply the practicality that requires her to care for her children.

Those choices and circumstances give children more time with their mother. But they rob society of the abundance of intellect, creativity and drive that so many women are eager to give when her child-rearing years are winding down. As long as employers prioritize connections forged with industry professionals over skills and experience, mothers will be penalized in the workplace for attending parent-teacher conferences and dance recitals for years after their children leave the nest. And that penalty may continue to burden mothers and not fathers long after I have left the work force — when my daughter is trying to make her way through the maze of choices whose impact is often obscured by the daily onslaught of raising a child. It’s a mommy tax we all unwittingly pay after our job of motherhood is done.