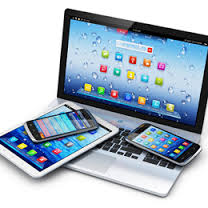 Whenever he doesn’t have somewhere he has to be or something he has to do, he wants his fix. And he fights like hell if I try to take it away. It’s not as noticeable during the school year when he’s busy, but in the summer his addiction is much more apparent.

Most people would never imagine this about him.

He’s a wonderful kid — generally personable, polite and helpful — with lots of talents and a supportive family who attends his performances and games.

He’s an amazing musician and earned his way into the top concert band and jazz band as well as a highly-coveted position playing snare in marching band as an entering high school sophomore.

He’s academically gifted and pushed through struggles with honors trigonometry and honors English in his freshman year to go on to earn a 3.8 GPA.

During the school year, he had almost no downtime during the weekdays, which were filled with school, activities and homework.

On the weekends, he had some time to relax and be a kid. He would occasionally hang out at a friend’s house or join his family for a game of mini-golf. But if given the choice, he’d always rather be left to his devices — literally.

His first choice for his fix is his phone — which basically puts the entire world in the palm of his hand. He can use it to communicate with friends (though it doesn’t lead to him seeing them much away from school or activities) or play games or watch You Tube videos or watch movies (including those I forbid him to see and even those which no child should see until they are 18).

His second choice is his computer — which he uses for many of the same purposes and sometimes uses to build his own apps (thanks to a class I found for him last summer).

His third choice is his X-Box — which he uses to play games I hate (Grand Theft Auto is his go-to game though he also plays Call of Duty) and a few I don’t mind (like NHL and MLB and other sports games). I know that I allowed these games to enter our home, even if he paid for them and the game console. I resisted the violent games until he was a teenager, but I eventually relented knowing he would spend more time at other kids’ houses who had those games if he didn’t have them at home. At least at home I can control how much time he spends on them.

And that’s where the problem comes in. I try to control how much time he spends with his electronics — like so many parents try to do. And it just gets harder and harder as kids get older and older.

When he’s home on his electronics, I can get lots of work done. No driving around. He doesn’t bother me. He barely takes a break to ask me for something to eat. But it makes me sick to my stomach to see him on the couch, for hour after hour after hour, staring at a screen.

I feel it’s my job as a parent to direct him to other activities — to get him off the couch and outside to ride his bike, or to take care of his chores around the house, or practice music, or read an actual book or at least his summer English reading assignment.

Any attempt to do that is met with arguing and resisting and placating. The battle is exhausting — I threaten to take the device (or sometimes all of them as I did today), and he begs for a few more minutes and promises to do some chore or music practice after he “finishes.” I come back 15 minutes later, and nothing has changed. That’s when the yelling starts, the threats turn to physical attempts to grab the phone — and then he usually gets up and takes some minor action to get me to leave the phone in his pocket.

Today I ended up taking everything from both kids, and I was proud I did it pretty calmly without yelling and threatening and cajoling. (I’m getting good ideas from my latest book I’m reading, “How To Talk So Teens Will Listen and Listen So Teens Will Talk” by Adele Faber.) My confiscation had the desired effect on the kids: they did their chores, the practiced their music, they read, they ate healthy meals. The house looks great.

But I got NO WORK DONE AT ALL. That’s the flip side. They spent much of the day without electronics being silly kids — running around annoying each other, breaking little things, terrorizing the cats, constantly calling for my help or interference or my expertise in making them food or working on a project with them. Some of it was enjoyable (helping her sort her books); much of it was frustrating (coming upstairs for the 20th time to get him to leave her room).

I could not believe that a 12-year-old girl and 14-year-old boy could not focus on a project or stay out of trouble for more than five minutes without my supervision — these are two smart children who had incredible concentration when they were younger. It seems the electronic screens that rule their world have zapped them of their former superior attention spans.

Just give up my attempts to control their electronic usage?

Whether it’s the school year or summer, I’m trying to teach them to take care of priorities first (chores, meals, academics, arts, athletics) and then enjoy entertainment (in the form of their cell phones and computers). But they can’t seem to do this unless I take those objects of their desire.

When literally left to their own devices, they sit on the couch all day staring at screens. I actually let them do this for much of the first half of summer — a reward of sorts for all the hard work they put in during the school year (getting good grades and excelling in music and participating in sports and maintaining good friendships). But I can’t stand it anymore. I keep waiting for them to get burned out, but they don’t.

I’ve tried offering rewards — they earn money for chores only if they do them, we do special things they want like go out for ice cream when they put down the devices and take care of priorities without getting hassled. But nothing is as powerful as the pull of the glowing screen.

Am I doing them a favor to teach them that work comes first by forcing them to do it my way?

Or am I doing them a disservice by not allowing them to come to this place on their own?

If they don’t learn self-control on their own, how will they be able to put down these addictive devices and focus on school work once they get to college?

Today I issued a challenge. $100 to the kid who can go the most days without ANY devices. They both thought they could go two or three days. But they insisted I had to do the same thing — stop answering the business calls that come into my cell phone hour after hour, day after day. I’m not sure I can do that.