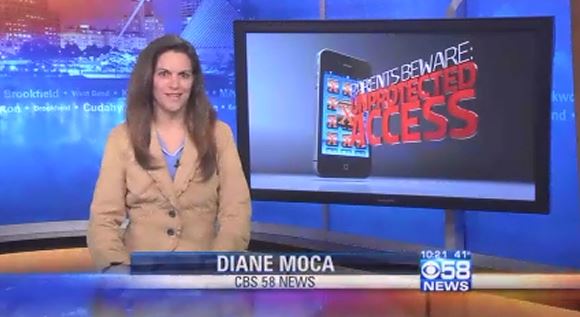 I’m a silver-lining kind of person, and I can generally find the good side of a bad situation.

But there are times you want to actually change something that is bringing you down, not just approach it from another perspective.

Here are the steps that helped me take something that was truly ruining a part of my life and make it better:

More than 15 years ago, I had a job I loved; a job I worked day and night for years to get. After my first child was born, I was able to keep the job I love with the schedule I wanted: two days a week. It was blissful except for ONE BIG PROBLEM — it was 100 miles from my home. I had to drive almost four hours round trip every time I worked. I hate to drive. If I was wealthy beyond belief, I would have a chauffeur. I looked into taking a train or bus or any other way to get to my job. There were no other options. I couldn’t do my job from home, and I had to drive. I couldn’t change my Negative Thing. If I could change it, and be to work in an instance by saying, “Scotty, beam me up!” I would have done that.

I could have ended my Negative Thing — my nightmare commute — by quitting my job or moving. I was a TV reporter. There are not a lot of jobs for TV reporters — probably less than 300 TV reporters in a big city of millions. They are not easy jobs to get, so I didn’t want to leave the one I had. I could have found another job that was similar, but I loved the exact job I had and the people I worked with. Even if I found the exact job with good people in a closer city, it would have been unlikely I would have gotten to pick my schedule, which was a dream for a mother who wanted to be at every piano recital and soccer game. I was also not willing to move. I was raising my kids near their grandparents and in the suburban area where I grew up. It’s what I always wanted for my kids. (And I feared if I moved closer to my job they could become Packer Fans; that was a fate I was not willing to tempt!) If I was willing to find a different job or quit working altogether or move, I would have done that. I was not willing to do that. So I endured the nightmare commute — convinced it was the price I had to pay for my dream mom life: five days of stay-at-home mom and two days of career woman.

Why did I hate to drive? It’s boring and tedious. It’s not relaxing at all. It can be dangerous. And worst of all, it’s a big waste of time to me. I know it gets me where I want to go, but I lose almost four hours every time I work — hours I could be with my kids or with my husband or by myself bike riding, sleeping, planning, scheduling, organizing or cleaning. I focused on the one thing that I hated most about my nightmare commute — the loss of time. You’ve got to find out what is the worst aspect of your Negative Thing.

How could I adjust the loss of time during my nightmare commute? I couldn’t change the hours that it takes, but I eventually realized I could do something productive during that time. Sometimes I would talk on the phone. I had long conversations with my mom and got closer to her. Sometimes I would listen to talk radio. I became much more knowledgeable about the world. Sometimes I would listen to music on the radio or on CDs. I had fun rocking out. But none of those things added anything truly productive to my working mom life! I still felt this enormous loss of time when I was stuck in the car for two hours at a time and could have been doing something more useful. At that point, I had to believe I would find a way to do something productive during that nightmare commute. I just hadn’t found it yet. You have to be confident and open to creativity at this point and realize that there is something you haven’t thought of. When I was walking through the library with my kids one day, I saw the racks of books on tape — and the light finally went on. I thought, That might be something interesting and productive to do during my drive; listen to books on tape. So I grabbed a few.

My nightmare commute became more interesting as I listened to books on tape. At first, I picked authors I liked. Sometimes I was even eager to get in the car and hear more of the novel. But it was still entertainment, and I didn’t feel it added value to my life. So I tried biographies of famous people in history and in journalism and in women’s advancement. I felt I was adding some more knowledge about the world and my field. I was no longer hating the commute, but it was still a negative thing. I wished I didn’t have to drive four hours every time I worked! So I kept trying different kinds of books on tape. (I didn’t pay for any of these; I got them all from the library. You don’t have to have any extra money to add value to your life in some way.) I started trying non-fiction books I had heard of. One was called “Rich Dad, Poor Dad” by Robert Kiyosaki. I didn’t really know anything about it. I listened to it. It captivated me. It motivated me. I listened to the whole book a second time! It changed my life. It convinced me to buy a rental property with help from my husband. He had talked about it before, but I was nervous. This book changed my hesitation. We decided to buy a rental house as a long-term investment for our retirement, since we did not have any access to 401-Ks. We felt good about it, and the first rental house was a success.

After we bought the first rental property, we wished we could get more. But we used all our savings for the first one. But again, I decided to be open and creative and look for more knowledge on the subject. After all, I still had that four-hour time span to fill every time I worked. So I turned to the shelf of books on tape and found one called “No Money Down” by Robert Allen. I listened to it. I was intrigued. I was inspired. I listened to the whole book a second time! I was motivated. I was ready to buy more properties. For the first time in my life, I found something I liked to shop for that I could buy with no money — real estate. I was hooked. I looked forward to my commute and what new real estate tricks I would learn from the next book. I found more and more audio books and audio courses about real estate. I listened to dozens and dozens of them and used the strategies to buy seven rental properties in the next several years with no money of our own. I felt like I got another degree because of the thousands of hours of real estate teachings I absorbed. My nightmare commute was the reason I eventually started my own business as a real estate investor, consultant and manager. I still had the job I loved as a TV reporter, and I no longer hated the drive. It was not a negative in my life. My eagerly anticipated commute had become an inspiring friend that was a positive in my life.

Now I’m embarking on a new mission to turn a negative into a positive. The job I loved as a TV reporter ended, so I am on a mission to continue creating TV stories but this time for a new audience — viewers I can relate to most… other working moms like myself who can be part of the movement for a show all about them!

If you want to try to use my six tips yourself, I suggest you pick ONE negative thing in your life and focus on it. Follow the steps. Be patient. Be open minded. And be ready to leave behind the negative and welcome the positive through your own analysis, creativity, and commitment. Tell me how it worked out!